Renewable Energy for Heating and Cooling in New York

When were heat pumps invented? 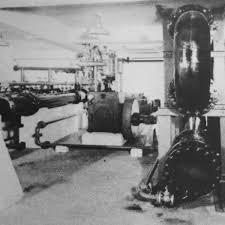 when was the heat pump invented

The 1st heat pump invented, as we know it today was created by Peter von Rittinger in 1856. He recognized the principle of the heat pump while conducting experiments on the use of water vapor’s latent heat for the evaporation of salt brine. As a result, in Austria the heat pump was used to dry salt in salt marshes.

When did heat pumps become popular?

By the late 1960s, when the first Generation X babies were born, most new homes in North America had central air conditioning. It wasn’t until the oil crisis of the 1970s that the heat pump became a more popular choice for heating and cooling homes. Heat pumps used a single ‘fuel’, electricity, to heat and cool a home.

Moving ahead in time to today, you can even heat the water in your pool with a heat pump as illustrated below. Heat pumps now have multiple uses and help in reducing our individual carbon footprints.

How popular are heat pumps today?

It is estimated that about 140 million heat pumps are working in the world. This evidences
that the equipment conceived by Lord Kelvin back in 1852 has finally penetrated into the market.

In the last 20 years the heat pump has improved. The thermal exchange surfaces, the compressor, and the control and defrosting systems. Not only was the COP strongly improved, but also seasonal performances. Further equipment improvements are aimed to better exploit the properties of new refrigerants. Utilizing even the pressure drop between condenser and evaporator, usually dissipated by throttling. Gas driven heat pumps were also improved with higher efficiency i.c. motors and much longer maintenance intervals. Absorption heat pumps are now available in many different models suitable to different applications. Probably most improvements took place with lower heating temperatures and the use of cold sources. More suitable than the outside air, above all surface and underground water, the ground and the recovery in mechanical ventilation systems.

How was the modern day heat pump was invented?

The year was 1948 — a year stuffed with curious activities. A year in which the first tape recorder was sold, Harry Truman was re-elected president and 84-year-old baseball legend Connie Mack challenged 76-year-old fellow legend Clark Griffith to a race — which surprisingly ended in a tie.

It was quite an interesting year to coincide with the creation of something that almost all of us enjoy, and all because one man didn’t want to be wasteful.

Trying to improve a deep freeze

While the world turned and events happened, a man by the name of Robert C. Webber was working on a freezer in his cellar beneath his home. Home refrigeration was nothing new and had, in fact, been around for years. You see, Robert C. Webber was looking to improve his electric deep freezer — the kind of freezer so cold you can store meat for years without spoiling.

On that day in 1948, though, Robert burned his hand on his freezer. An intriguing incident since the freezer should be displacing cold water, not hot. By hot we’re not talking about warm to the touch or lukewarm. Nor are we describing the kind of heat you experience when curled up next to a fireplace on a cold winter morning reading your favorite book, newspaper or Facebook post. This was the kind of heat that boils water and makes you scream out loud when you touch it. The kind of heat where running cold water over it makes it worse and sends you scrambling for aloe vera. Robert discovered that the deep freezer was producing scalding hot water.

Not wanting to be wasteful, Robert thought about how to use this heat from his freezer. Many ideas came to mind, and when all seemed to fail, he decided to send the hot water to his boiler. As you may have experienced with your own water heater, his boiler could not keep enough hot water flowing into his home for showers and washing hands. Not having enough hot water is an issue all families have encountered, and nothing is more surprising than singing in the shower to your favorite song when the hot water runs out. And you know it ran out because all of a sudden you hear that note — higher than you think is possible — coming from your mouth. So Robert fixed his boiler problem by sending the heated water from his deep freeze in the cellar into his boiler. And, just like that, there were no more cold showers for his family.

But now Robert encountered the issue of having too much hot water. Not wanting to be wasteful, he needed to send the leftover heated, scalding hot water from the boiler somewhere else. As an inventor, his mind worked in ways different than the average American. So he thought and grumbled, drew sketches and mumbled. Finally, he had an idea for the leftover wasted hot water.

How to heat an entire house

Robert ran that leftover boiling water into a coiled copper tube with a small electric fan. The hot water heated the coil and the fan blew and blew. In fact, the fan blew so well it heated his entire home. In 1948, Robert C. Webber created the first electric heat pump by reusing the wasted boiling water from a deep cold freezer.

The following year, Robert replaced the coal furnace in his home, and decades later heat pumps were found all around the state of Tennessee. The water has now been replaced by Freon, and the systems have grown smaller and more efficient. Robert C. Webber inspired a new generation of electrical technology centered around the idea of air conditioning.

The rest, as they say, is history

1948 was a year filled with curious activities, as you may have discovered by now. So as you sit comfortably in your home, office or anywhere indoors with your HVAC system running, you can thank Robert C. Webber for his burned hands and not wanting to be wasteful.

Alternatives to Oil and Propane for Heating 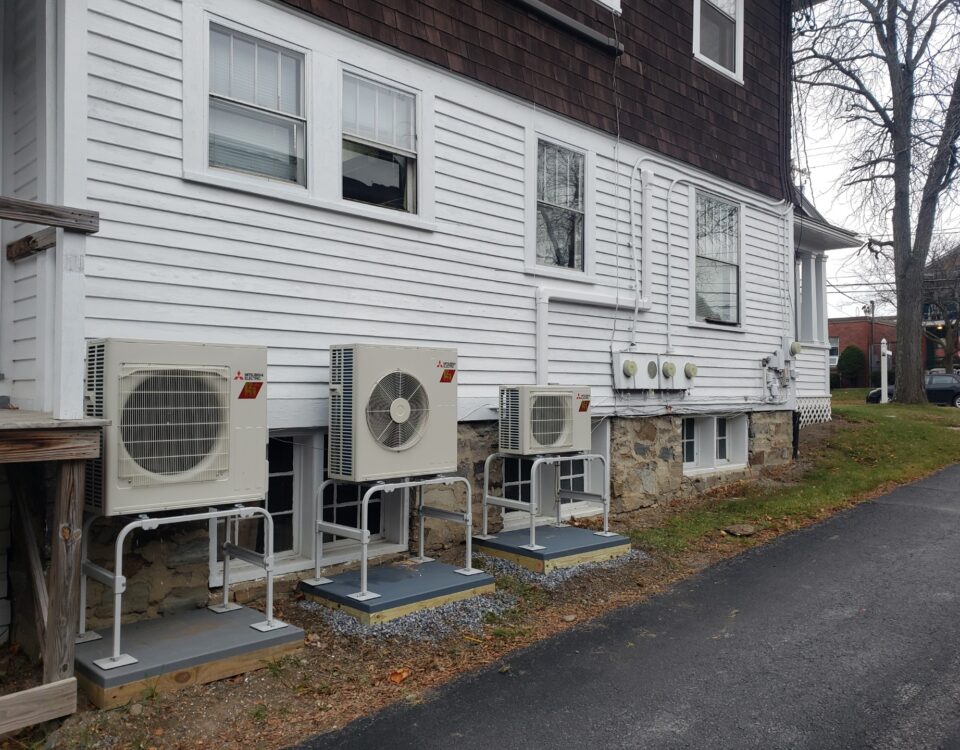 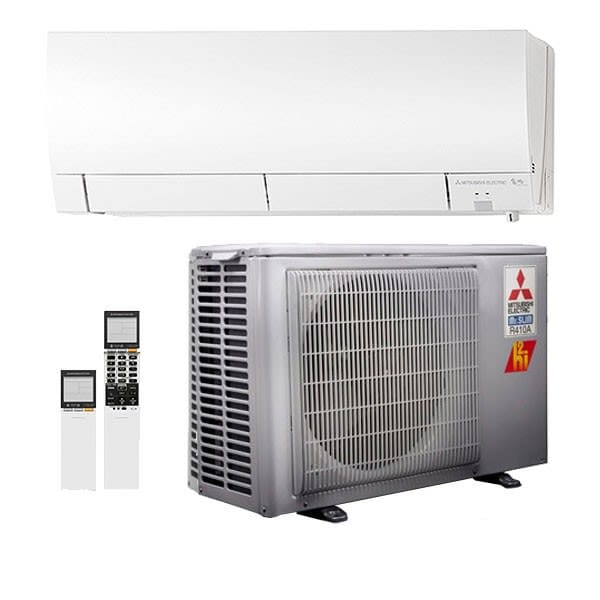